Is there an educational role for phonological processes other than phonemic awareness?

My blogs can be viewed on-line or downloaded as a Word file or PDF at https://www.dropbox.com/sh/olxpifutwcgvg8j/AABU8YNr4ZxiXPXzvHrrirR8a?dl=0

Education is frequently criticised for remaining insufficiently attentive to the results of scientific research into teaching and learning (Bair & Enomoto, 2013; Carnine, 1995, 2000; Cook et al., 2014; Hempenstall, 1996; National Research Council, 2002: Stanovich & Stanovich, 2003). A defence, raised by some in the profession, has been that it is not immediately evident how the results of experimental studies can be transposed successfully to the classroom, or indeed whether empirical research is even helpful (Fister & Kemp, 1993; Spencer, Detrich, & Slocum, 2012; Weaver, Patterson, Ellis, Zinke, Eastman, & Moustafa, 1997; Zemelman, Daniels, & Bizar, 1999). Besides, the argument continues, there are rarely definitive answers supplied in such research papers. Seemingly, for every study that points one way is another indicating the opposite. However, in recent decades, several high status committees were established in the literacy field by the National Research Council (Snow, Burns, & Griffin, 1998), and by the USA Congress (National Reading Panel, 2000). Recommendations were explicit, based upon a confluence of research findings. Systematically and explicitly teach children to break apart and manipulate the sounds in words (phonemic awareness). These sounds are represented by alphabet letters which can be blended together to form words (phonics). Practise what is learned by reading aloud with feedback (guided oral reading for fluency). Teach reading comprehension strategies (including vocabulary) to guide and improve reading comprehension. This was not an approach strongly evident during the previous period dominated by the Whole Language movement (Hempenstall, 1996; Lyon, 2005).

Subsequent reviews produced similar findings. For example: USA: National Early Literacy Panel (2008) - Developing early literacy; Australia: Teaching reading: National Inquiry into the Teaching of Literacy (2005); Great Britain: Rose report Independent review of the teaching of early reading (2006); NZ: Literacy Learning Progressions (2007). Some other similarities include the assumptions: All children can learn - neither biology nor SES determines destiny; the effects of teaching vary from powerful to negligible depending on their features; low progress students are more dependent on effective teaching to achieve benchmarks than are other students; and early detection and intervention is possible, morally imperative, and cheaper.

A further option is that both phonological and lexical processing occurs simultaneously in skilled reading, a concept known as PDP (parallel distributed processing):

“According to this model, word reading occurs in three steps: (i) phonological recoding, (ii) visual perception and (iii) semantic representation from the mental lexicon (54). Early in the reading acquisition process, the young reader relies more heavily on the ability to translate letters into corresponding sounds (phonological recoding) and to a lesser extent on the direct orthographic route to derive a meaningful representation of a given word. With practice, the young reader develops a wider lexicon consisting of a ‘bank’ of words that are recognised holistically via the orthographic processor, with phonological recoding reserved for unfamiliar, low frequency or more complicated words. Words that cannot be recoded must be learned via the semantic route (sight words). Thus, the decoding process becomes more automatic (fluent) and accurate, with fewer errors (55). … Neuroimaging support for the PDP model is increasing, illustrating synchronous activation of brain regions related to phonology, orthography and semantics during reading.” (Horowitz-Kraus, & Hutton, 2015, p. 648-9).

It is common in the earliest stages of reading for a student to be partially reliant upon a non-alphabetic visual strategy to identify words. Thus dog may be remembered because of its “tail”, and look by virtue of its “eyes”. However, the student needs to find a unique visual cue for each new word - a strategy doomed to failure as the vocabulary requirements become overwhelming, particularly later in primary school (Freebody & Byrne, 1988; Tunmer & Hoover, 1993). This primitive visual-dominant strategy does not take advantage of the alphabetic principle, and should not be confused with the sophisticated orthographic processing mentioned above. Unfortunately, the teaching technique of basing instruction largely on word frequency rather than word construction (as in initially emphasising memorisation of the 100/200 most common words) may inadvertently promote this moribund strategy (Gaskins, Ehri, Cress, O’Hara, & Donnelly, 1996), especially among struggling students. Another symptom of such processing can be observed when a student correctly reads a word in singular form, but is nonplussed when confronted by its plural. The use of such strategies is associated not only with difficulties in reading, but also with negative reading-related self-perceptions, as early as in Year 1 (Chapman & Tunmer, 2003).

"Fast ForWord Language, the intervention that provided modified speech to address a hypothesized underlying auditory processing deficit, was not more effective at improving general language skills or temporal processing skills than a nonspecific comparison treatment (AE) or specific language intervention comparison treatments (CALI and ILI) that did not contain modified speech stimuli. These findings call into question the temporal processing hypothesis of language impairment and the hypothesized benefits of using acoustically modified speech to improve language skills. The finding that children in the 3 treatment conditions and the active comparison condition made clinically relevant gains on measures of language and temporal auditory processing informs our understanding of the variety of intervention activities that can facilitate development.” (Gillam et al., 2008, p.97)

However, more recent studies have failed to find beneficial effects of the intervention (Fast ForWord) based upon the temporal deficit model:

“Metaanalyses indicated that there was no significant effect of Fast ForWord on any outcome measure in comparison to active or untreated control groups. Conclusions: There is no evidence from the analysis carried out that Fast ForWord is effective as a treatment for children’s oral language or reading difficulties” (Strong, Torgerson, Torgerson, & Hulme, 2010, p.224).

There are also those who argue that phonemic awareness is not, of itself, the important issue. Their assertion is that learning letter-sounds and the capacity to blend the sounds associated with those letters– embodies all the important phonological skills necessary to initiate successful decoding. “ … if training in phonological awareness is essential for young children learning to read, the analytic phonics programme with phonological awareness training should be more effective than the other two programmes [analytic phonics and synthetic phonics]” (Johnston and Watson, 2004). Within the approach developed for the Clackmannanshire studies, both blending and segmentation are taught simultaneously as the latter plays a strong role in spelling progress, and each of decoding and spelling provide reciprocal support to the other.

The longitudinal studies in Clackmannanshire have provided supporting evidence for this perspective - that synthetic phonics is a superior approach to phonics, and that, for most children, it stimulates phonemic awareness development without the need for a dedicated phonemic awareness program (Johnston & Watson, 2003; Johnston, McGeown, & Watson, 2012).

Adams, M. J. (1991). Beginning to read: A critique by literacy professionals and a response by Marilyn Jager Adams. The Reading Teacher, 44, 392.

Al Otaiba, S. (2001). Children who do not respond to early literacy instruction: A longitudinal study across kindergarten and first grade Reading Research Quarterly, 36, 344-346.

Blachman, B. A. (1984). Relationship of rapid naming ability and language analysis skills to kindergarten and first-grade reading achievement. Journal of Educational Psychology, 76, 610-622.

Blachman, B. A. (1994). What we have learned from longitudinal studies of phonological processing and reading, and some unanswered questions: A response to Torgesen, Wagner & Rashotte. Journal of Learning Disabilities, 27, 287-291.

Bowers, P. G., & Wolf, M. (1993b, March). A double-deficit hypothesis for developmental reading disorders. Paper presented at the biennial meeting of the Society for Research in Child Development, New Orleans.

Bowey, J. A. (1996). Phonological sensitivity as a proximal contributor to phonological recoding skills in children’s reading. Australian Journal of Psychology, 48(3), 113-118.

Brady, S. A. (1997). Ability to encode phonological representations: An underlying difficulty of poor readers. In Blachman, B. A. (Ed.), Foundations of reading acquisition and dyslexia. (pp. 21-47). Mahwah, NJ: Erlbaum.

Carnine, D. (2000). Why education experts resist effective practices (and what it would take to make education more like medicine). Washington, DC: Fordham Foundation.

Cornwall, A. (1992). The relationship of phonological awareness, rapid naming and verbal memory to severe reading and spelling disability. Journal of Learning Disabilities, 25, 532-538.

Dixon, M., Stuart, M., & Masterson, J. (2002) The role of phonological awareness and the development of orthographic representations. Reading and Writing: An Interdisciplinary Journal, 15, 295-316.

Elbro, C. (1996). Early linguistic abilities and reading development: A review and a hypothesis about underlying differences in distinctness of phonological representations of lexical items. Reading and Writing: An Interdisciplinary Journal, 8, 453-85.

Gathercole, S. E. & Baddeley, A. D. (1989). Evaluation of the role of phonological STM in the development of vocabulary in children: A longitudinal study. Journal of Memory and Language, 28, 200-215.

Hempenstall, K. (1996). The gulf between educational research and policy: The example of Direct Instruction and whole language. Behaviour Change, 13(1), 33-46.

Hempenstall, K. (2002b). Phonological processing and phonics: Towards an understanding of their relationship to each other and to reading development. Australian Journal of Learning Disabilities, 7(1), 4-29.

Landauer, R. (2000). Facing up to infirmities in special ed. The Oregonian, December 2.

Liberman, A. M. (1997). How theories of speech affect research in reading and writing. In B. Blachman (Ed.) Foundations of reading acquisition and dyslexia. pp.3-19. Mahwah, NJ: Lawrence Erlbaum Associates.

Lyon, G.R. (2005). Children of the Code Interview. Retrieved from http://www.childrenofthecode.org/interviews/lyon.htm#WholeLanguage

McBride-Chang, C., & Manis, F. R. (1996). Structural invariance in the associations of naming speed, phonological awareness, and verbal reasoning in good and poor readers: A test of the double deficit hypothesis. Reading and Writing: An Interdisciplinary Journal, 8, 323-339.

Moats, L. C. (1994b). The missing foundation in teacher education: Knowledge of the structure of spoken and written language. Annals of Dyslexia, 44, 81-102.

Monaghan, J. & Ellis, A. A. (2002). Age of acquisition and the completeness of phonological representations. Reading and Writing: An Interdisciplinary Journal, 15, 759–788.

National Inquiry into the Teaching of Literacy. (2005). Teaching Reading: A review of the evidence-based research literature on approaches to the teaching of literacy, particularly those that are effective in assisting students with reading difficulties. Commonwealth of Australia. Retrieved from www.dest.gov.au/nitl/documents/literature_review.rtf

Ouellette, G. & Haley, A. (2013). One complicated extended family: The influence of alphabetic knowledge and vocabulary on phonemic awareness. Journal of Research in Reading, 36(1), 29-41.

Perfetti, C. A. (1991). Representations and awareness in the acquisition of reading competence. In L. Rieben, & C. A. Perfetti (Eds.), Learning to read: Basic research and its implications (pp. 33-44). NJ: Lawrence Erlbaum.

Studdert-Kennedy, M. (2002). Deficits in phoneme awareness do not arise from failures in rapid auditory processing. Reading and Writing: An Interdisciplinary Journal, 15, 5–14.

Williams, J. P. (1991). The meaning of a phonics base for reading instruction. In The Orton Dyslexia Society (Eds.), All language and the creation of literacy (pp.57-62). 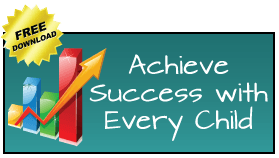 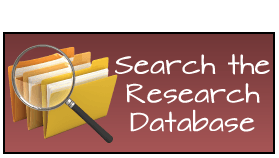 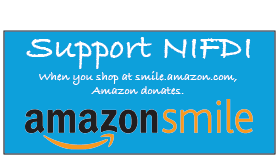